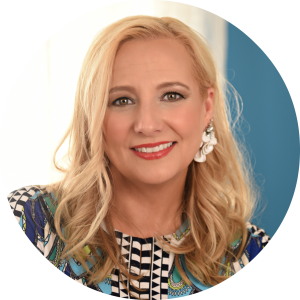 For starters, in case you were wondering, my “you need to buy a vowel” name is pronounced “sha-leece.” I’m a former work-like-crazy, play-even-crazier party girl who lived a lot of years without a clue about who I really was or why I was put on the planet. Like most people, I let life and other people define me. Growing up I was clueless. I went to school and looked to my friends, who looking back were probably just as clueless as me, to give me some sense of identity. I searched for myself in things like popular opinion, culture, music, fashion, or what my parents and other authority figures told me.

Not even realizing there was more than one path to take, I chose to follow the path of the masses and did the “normal thing” that so many of us do. I graduated from high school, went to college, and picked a career the best I knew how based on the subjects I enjoyed or seemed to excel in. After graduation, I got a “real” job. After awhile, I got a better job making more money, then after a little while longer, I got an even better job making even more money. I married my college sweetheart, bought stuff, bought more stuff, and then when things got tough, I got divorced, got an even better job making even more money, and moved to another state to start over.

I had no idea.

Although I was successful in many ways – becoming a Vice President in my early twenties and making mid-six figures helping Fortune 500 companies improve their operations, I knew deep down inside that there was more to life than the things I was pursuing – a great party, money and material possessions, career success, etc. However, I had no idea how to connect to a deeper purpose. Growing up in a Christian home, I had been taught about God and told that He had a plan for my life. But, truthfully I didn’t have a relationship with God. I mean, I had never met the guy for myself and I had no real convictions of my own. Mostly I had ideas about God that I inherited from others. In retrospect, I realized that I believed in God more out of fear than faith. The God of my childhood seemed a little ticked off at people and liked to use suffering to teach them stuff. I had heard God “had a plan for my life.” But truthfully, I didn’t have a clue about how to figure out His plan or if I would even like what it was. I think I imagined that God only had plans to make people missionaries and send them to Africa.

I was sleepwalking through life.

So as far as I could tell, I was better off on my own. But in hindsight, it’s clear that I was living in a daze of sorts – asleep to the reason of my existence and the true meaning of life. I was sleepwalking through life, going through the motions, year after year, without a sense of direction or a compass that pointed toward the true north – the meaning of life. All of us, I believe, know deep down somewhere inside that there is more to life than waking up every day to live an ordinary life where weekends and vacations feel like an escape from the merry-go-round of life we’re not sure how we got on. Now I know that we have all been given the gift of dreams, callings, and genius to be shared with others. But, until we connect in a meaningful way with the Source of those dreams, we live in a daze of sorts, asleep to the real reason for our existence.

I clearly remember the day that I “woke up” and realized that I was alive but not really living, not the life that I was designed for anyway. I recall the strangest feeling at that moment. It was an instantaneous knowing – I was living someone else’s life or at least living and acting like a make believe version of myself. It was a bit like the movie The Matrix when Neo takes the red pill. I realized the version of myself and my life that I had created was all wrong. I was the leading star in the movie of my life, but the story-line, plot, and ending of the movie were totally off. What was even worse was that I also recognized most people were basically in the same place. They also had no idea who they really were or why they were put on this planet.

A veil was lifted.

Honestly, I’ll never forget it, and it ended up being one of the most significant turning points of my life. That day a veil was lifted and I realized I had built my life around a false identity. I had no idea who I was, nor a clue on how to find out.

I made a decision.

My relationship with God was distant and my relationship with myself wasn’t great either. I wanted to know God, but my religious upbringing in the Bible belt had left me disillusioned. However, after my experience that day, I made a decision – to make it my life’s purpose to find my life’s purpose. It was a simple decision that led down the path and journey that I am still pursuing today – to be myself, to know God for reals, and to live my life purposefully. Since then, it’s been an exciting adventure of discovery, transformation, and healing. In the process, I’ve had to rethink (hence the name of our company) almost everything I had based my life on up until that point. I had to tear down a lot of wrong beliefs about God, myself, and what truly matters. That was almost 20 years ago now, and I can honestly say it’s been quite an adventure.

My mission is now to teach and impart to others what I have learned. Today I coach and mentor others in the same areas that I so desperately needed help with all those years ago. I get to awaken others to their true selves through a personal relationship with God. I help people from all walks of life meet, experience, and commune with God and make a quality decision to live their life on purpose, connecting with their true life story and becoming the person they were born to be.

— What People Say About Schlyce —

This page is having a slideshow that uses Javascript. Your browser either doesn't support Javascript or you have it turned off. To see this page as it is meant to appear please use a Javascript enabled browser.

K.M.
One of the most fundamental things that I learned from Schlyce was that I could hear the voice of the God, and it launched me into a journey with Him that was filled with finding purpose and wholeness. My journey was accelerated, and I wouldn’t be the person I am today without her leadership and example. I still have so much to learn and to grow, but because I can hear Him, I am guided in everything that I do. He has plans for my life, and I now have the tools and the knowledge to pursue all that he has for me.

N.H.
I have known Schlyce and been transformed through her life and teachings for over 12 years. Each time I am with her or listening to her teachings, I receive an impartation and a calling up of who I am. She flows in the supernatural in a way in which you feel like things that are out of place begin to get adjusted.

D.W.
Schlyce's teachings and life example have truly been a blessing to me and my family. Her down-to-earth, yet direct teaching style makes spirituality…easy to understand and apply. Schlyce has a passion for helping people know God intimately and develop a real friendship with Him.

J.F.
I've never been disappointed. Schlyce knows and shares the truth in a way that packs a punch, but leaves you with faith and hope in a God whose love never fails.

J.C.
When I think of the typical spiritual teacher, I think of someone who deposits information and ideas about God into their audience or congregation. But what Schlyce does is draw out of you the facets of our wonderful Creator that already exist in you. A shift in my mind and heart came when she taught me to not to try to become something I already was and to stop chasing some idea of perfection, but rather to just agree with God and allow myself to be how He already saw me, a perfect reflection of Jesus.

J.K.
You cannot get around this woman and not get stirred up in a deep way! Schlyce is a one-of-a-kind fireball that inspires us all!
prevnext