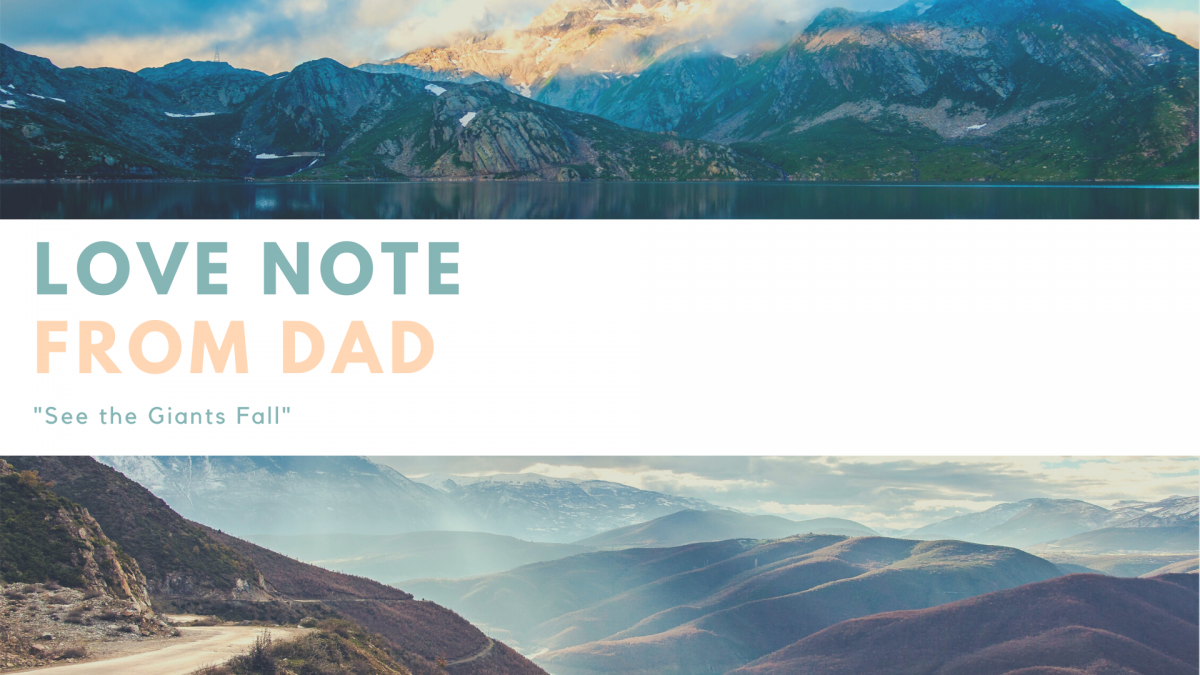 The battles have been intense. The resistance has been great. It’s been difficult to judge whether you were advancing.

You’ve had to look beyond the seen realm and use your eyes of faith. In fact, you’ve had to stop trusting your natural senses altogether. Step by obedient step I’ve put you in position. Now you have a clear shot. You’re about to take out the giants. Like Humpty Dumpty, they are in for a great fall.

It’s humorous really, how the enemy is completely clueless.

He has no idea what I’ve been doing or what’s about to hit him. He arrogantly thought he had you where he wanted you. He thought his victory was in the bag. Little did he know the very things he’s been using against you have actually been working against him. The traps he set, the lies he told, the circumstances he orchestrated against you, these have only served to heighten your discernment and cause you to distrust what you see.

They increased your reliance on Me.

Isn’t amazing how dependent you have become on Me, child? This was always the goal. You see, I plan on taking you deep into the enemy’s territory to set the captives free. Only I know the way and how to get to them. So, you’ll have no choice but to depend on Me. Along the way the enemy has hidden land mines, so our steps must be synchronized. As we walk as One, beloved, we will save many lives.

The only thing you’ll need for this journey is the ability to hear My voice.

There’s no need to worry about provision or how you’ll survive. You won’t be alone one second. I’ll be with you on the inside. Together we’ll be working miracles, the ones I’ve told you about. The blind will see, the deaf will hear, and the captives will be set completely free. The treasures hidden in darkness will be reclaimed. The victory you’re about to experience is the one so many have been waiting on.

The coming transfer of wealth will expand My kingdom exponentially.

The captive’s hearts carry immeasurable riches – a reservoir of My glory that will flood the earth. Their freedom will release a movement that will captivate, astound, and amaze all, even those who were blinded by the evil one.

So, stand firm, My child. Stand firm. The ground beneath you is solid.

The foundation of dependency on Me that I’ve been building in your life cannot be shaken.

It’s time for the giants fall.