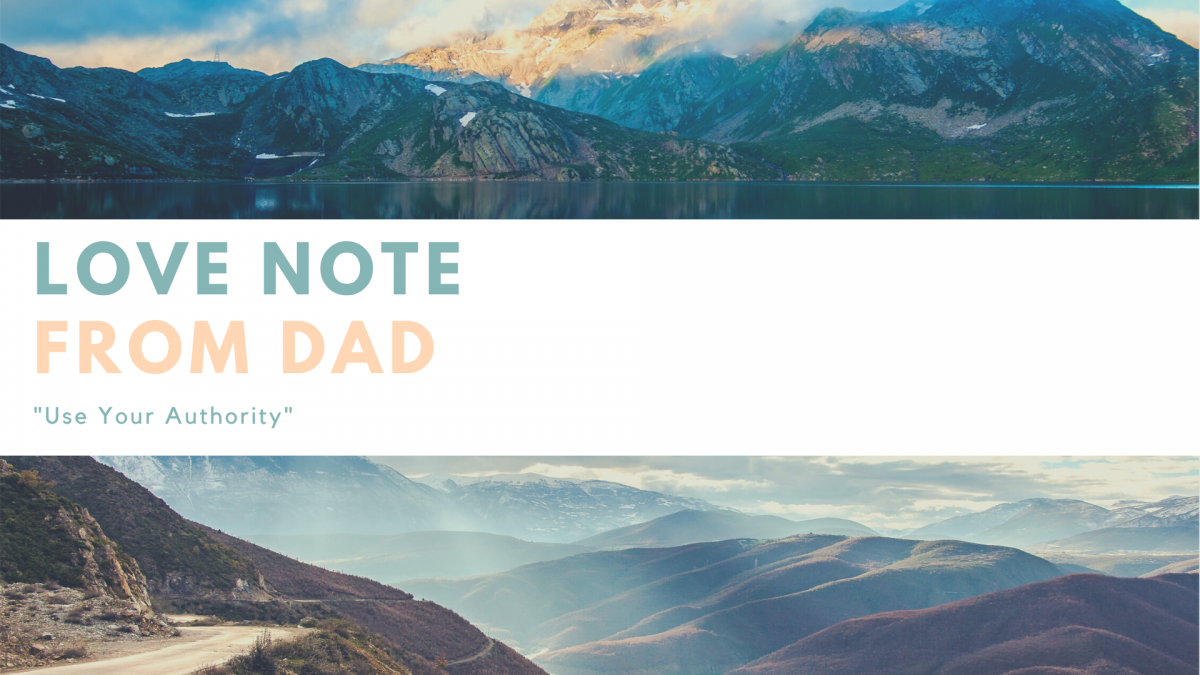 In My kingdom, My Word has established what is lawful.

Too many times, My children are waiting on Me or asking Me to do something about problems that have already been overcome.

They take on a false identity and believe they have no power over things that were defeated on the cross. This deception leads them to passively wait on Me to do something rather than use Jesus’ authority.

There are many false teachings that My kids must reject. Ideas like I am going to heal them or they are sinners.

In Christ, sickness and sin were annihilated. They no longer have dominion over you. By Jesus’ stripes, you were healed. Through His death, death was defeated. By His becoming sin for you, you were made righteous.

When Jesus said it was finished, it actually was.

So why do My kids still struggle with these things? Because they believe they have to. They do not realize the extent of Jesus’ victory and as a result they relinquish their authority. They give authority to sickness, sin, and death that they no longer possess. They simply do not realize the power and authority of My Son’s name.

Beloved, faith in the power and authority of My Son’s name is what enforces Heaven on Earth.

Truthfully, it isn’t even about you. It’s about what Jesus has already accomplished. It’s about what Jesus has already defeated. This is why when Peter and John at the gate called Beautiful could say, “Silver and gold we have none, but in the name of Jesus, arise and walk.” They might not have had money at the moment, but they did have authority. They had the authority to enforce Heaven on Earth in My Son’s name.

The ways of royalty are different than the world you’ve grown accustomed to living in. Kings expect their instructions to be carried out. They make a decree, knowing it will establish order. They govern their sphere of influence with authority. They don’t even consider that something they say isn’t going to be done.

Now is the time for you to possess the centurion’s revelation.

The Holy Spirit is personally mentoring you in this. He is going to teach you how to shift the focus off of you and onto Jesus. He is going to help you realize all that Jesus has defeated. He is going to empower you to release the force of faith when you speak to things that are unlawful in Heaven. He is going to cause you to believe in the power and authority of Jesus’ name!