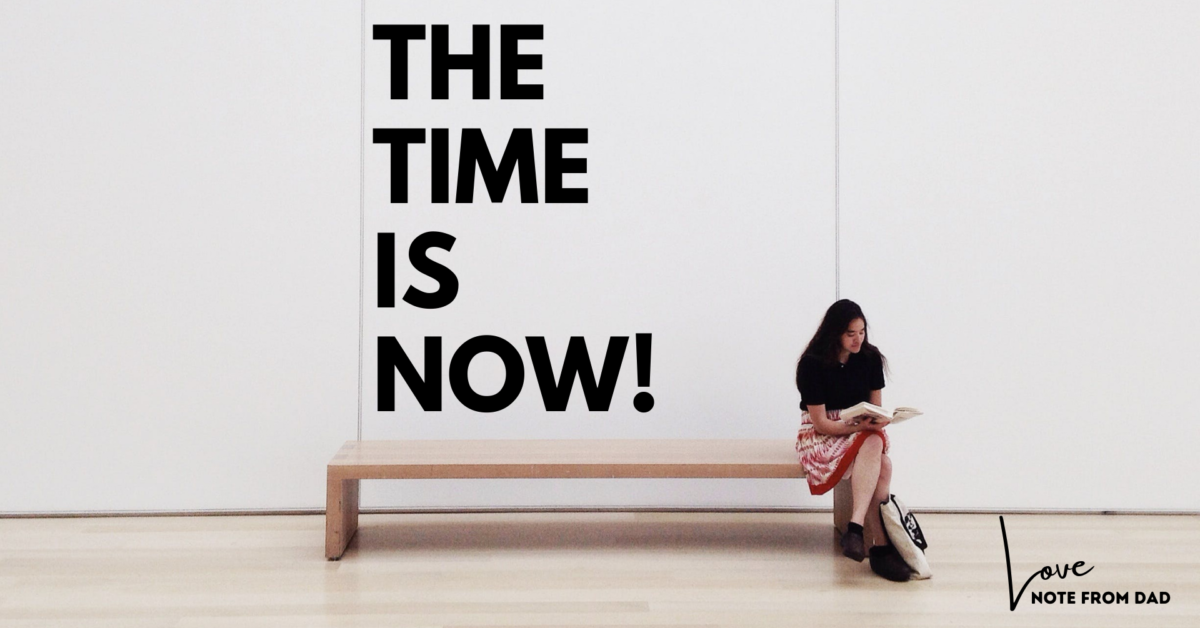 Now is the time to believe like never before.

You are in the middle of a “kairos” moment, a suddenly, ordained opportune time. Now is not the time to sit back, relax, and coast. No, now is the time to possess the promise, to lay hold of eternal life, and step into the things I’ve spoken over your life.

Paul told Timothy to wage a good warfare over the prophecies that had been spoken over him. I want you to do the same.

I want you to do what I told Abraham to do when I encouraged him to look at the stars. I want you to see yourself in the future that I’ve ordained for you. I want you to imagine it, visualize it in as much detail as you possibly can, and recognize that it already exists and is finished outside of time.

When Jacob placed the lambs in front of the streaked branches, they created what they saw. So understand, My child, what you see is key.

What picture is being painted on the canvas of your imagination? Are you allowing the circumstances and the so-called giants in front of you to dissuade you? Or, are you meditating on what I’ve spoken and seeing things from My perspective?

Why? Because from My perspective they do. I see the end from the beginning. I’ve known the end of your story before it even began. I see you clearly. I know you completely. I know what you are capable of, whether or not you believe it just yet. I’m an expert at making champions out of underdogs.

Go back over the things I’ve spoken to you. Re-read the prophecies that I’ve declared and the visions I’ve given you. It’s not too late. You haven’t missed Me. Even if the detours you’ve had to take make it seem that way.

I took the ways you’d need to wander in the wilderness into account when I wrote the story of your life.

You see, the wilderness is necessary. It’s where you find Me to be who I’ve said I would be. And, it’s also where you’ll find your true identity. It’s where you’ll discover that saying what I say is enough and agreeing with Me isn’t optional. And like Jesus, you’ll emerge strong in Spirit, full of power, having overcome the accuser.

So, believe Me child, when I say now is the time. You’ve dwelt on “this mountain” long enough.

Meditate, imagine, and visualize the things I’ve spoken and promised you. See yourself as I do. See your future as I do. Step into the dreams that I’ve placed in your heart through the doorway of the 4th dimension. As you see it, you will be it. If you can dream it, you can do it.